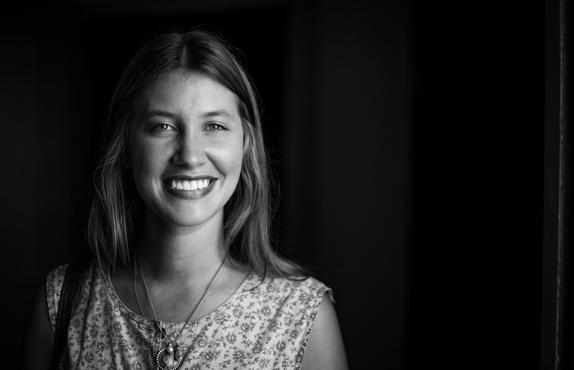 Hanna Miller is a documentary film director and director of photography from Collins, Mississippi. She splits her time between home and the California Bay Area, where she studied at UC Berkeley's Graduate School of Journalism. Hanna's cinematic style captures authenticity and raw emotion while maintaining a thoughtful, well composed image. From documentary film to corporate work and commercial opportunities, Hanna's focus is quality storytelling without judgment or discrimination. Her background is in Russian language, southern womanhood, and sexual misconduct crisis response. She's been a Fulbright fellow and often speaks at rural universities about the merit of being from nowhere important.

Hanna's short documentary film "We Became Fragments" premiered with New York Times Op-Docs in May 2018 thanks to a pitch competition she won by Tribeca Film Institute, Op-Docs, and the Pulitzer Center on Crisis Reporting. "Fragments" won Best Documentary at the LA International Film Festival, qualifying it for an Oscar consideration.  Hanna is also directing a short film for PBS Digital that's set in her hometown and that examines why people vote contrary to how statistics say they should. Finally, in 2019, Hanna will premiere her first feature documentary film, a film that's been made possible thus far by the Mississippi Film Alliance's Emerging Filmmaker Grant, the Marguerite Casey Foundation's Equal Voices in Journalism Fellowship, and Mississippi Public Broadcasting.